Cannabinoids are a structurally diverse family of compounds with many biological targets. Based on their origins, cannabinoids can be classified into three groups: phytocannabinoids, endocannabinoids, and synthetic cannabinoids. Phytocannabinoids are present in the stalks, leaves, flowers, and seeds of the Cannabis sativa plant, and also in the resin secreted by the female plant. A ‘joint’ made out of some potent subspecies of C. Sativa may contain 150 mg of Δ9-THC and even more. Endocannabinoids are produced within the body and serve as intercellular lipid messengers. It is believed that these are synthesized on demand rather than made and stored for later use. Synthetic cannabinoids (prepared in labs) are a large family of chemically related and unrelated structures which act as Δ9 – THC but are more effective.

Δ9 -THC, cannabidiol, and some synthetic analogs have been approved by regulatory medicines agencies (EMA, FDA) and are used therapeutically, for example, for nausea and vomiting produced by antineoplastic chemotherapy, analgesic, anticonvulsants for epilepsy, anti-inflammatory agent and appetite stimulant for patients with AIDS. Apart from the medical use of cannabinoids there is widely spread recreational use, which is under different frames and regulations. There is variability in laws in countries, even in Europe and it indicates that there is currently no harmonized EU law regarding the use of cannabis products.

Exposure routes and pathways are usually oral administration for medical purposes. The commonest routes of recreation and abuse can be primarily via inhalation; however, other ways are not excluded.

Absorption of the cannabis product chiefly depends on the route of exposure. For example, the onset of action is extremely rapid (within minutes) via smoking; it results in 10–35% absorption of the available THC and peak plasma concentrations occur within 8 min. The second commonest route is via ingestion, and onset occurs within 1–3 h (highly unpredictable). The absorption is low, between 5–20%, and peak plasma levels occur 2–6 h after ingestion.

As cannabinoids are extremely lipid-soluble, they accumulate in fatty tissues, reaching peak concentrations in 4–5 days. They are then slowly released back into other body compartments, including the brain. Because of the sequestration in fat, the tissue elimination half-life of THC is around 7 days, and complete elimination of a single dose may take up to 30 days. Clearly, with repeated dosage and chronic use, high levels of cannabinoids can accumulate in the body and continue to reach the brain.

Cannabinoids are metabolized in the liver. A major metabolite of Δ9 -THC is 11-hydroxy-THC, which is possibly more potent than THC itself and may be responsible for some of the effects of cannabis. The metabolites are partly excreted in the urine (25%) but mainly into the gut (65%) from which they are reabsorbed, further prolonging their actions. Because of this, there is a very poor relationship between plasma or urine concentrations and the degree of cannabinoids, induced intoxication.

Acute high levels of intoxication are associated with decreased motor coordination, muscle strength, hand steadiness, lethargy, sedation, poor concentration ability, slurred speech, ataxia, and an increase in reaction time may also occur. High doses of Δ9 -THC can induce frank hallucinations, delusions, and paranoid feelings. Thinking becomes confused and disorganized; depersonalization and altered time sense are accentuated. Anxiety reaching panic proportions may replace euphoria, often as a result of the feeling that the drug-induced state will never end. The most consistent effects on the cardiovascular system are an increase in heart rate, an increase in systolic blood pressure while supine, decreased blood pressure while standing, and a marked reddening of the conjunctivae.

Chronic use of THC

Chronic use can be associated with subtle impairment in cognitive function, which is dependent on dose and duration of use. At present, most of the available data indicate that these cognitive deficits are reversible after more than a week of abstinence. Endocrine effects have been reported following chronic use, including impairment of gonadotropin secretion, follicle-stimulating hormone (FSH), and luteinizing hormone (LH); reduction in testosterone levels. Abrupt discontinuation of chronic THC use has resulted in a mild abstinence syndrome, consisting of agitation, apprehension, and aggressiveness, as well as tremulousness, insomnia,

Transient bronchodilation is the most prominent effect after an acute exposure via inhalation. Heavy smokers or chronic users experience increased cough, sputum production, and wheezing. These complaints are increased by concurrent tobacco use. A gradual decline in respiratory function is greater among marijuana smokers compared to tobacco smokers.

Genotoxicity and Ecotoxicity of THC

Phytocannabinoids are not genotoxic.  Currently, there is mixed evidence on the effects of THC and other cannabinoids on cancers.

There are limited data relating to the ecotoxicology of cannabinoids. However, considering their widespread use, it is likely that they are present in wastewaters and enter the environment either as the parent molecules or metabolites. This is an area that needs additional attention inside the societies and health policies.

The consumption of illicit substances is on the rise despite huge efforts to control drug abuse, and it considers a serious threat to the health and well-being of our communities. Hospitalization is required very often for the treatment of the direct toxic effects of the cannabinoids as well as for injuries sustained while under their influence.

Cannabinoid-based medicinal products, authorized by medical agencies have been approved according to the benefit-risk- balance and are safe as long they are used under the prescribed conditions. On the other side recreational use of phyto- and synthetic cannabinoids represent a real and high threat to public health and should therefore be controlled. There is no cannabinoid drugs approved for dermal use, however, data exist for the treatment of some potentially dermatologic conditions which, however, needs for drug approvement additional clinical studies. Cannabinoids, preferably CBD, are also frequently used as cosmetic ingredients. CBD is included the in CosIng Database (provided on the EU level) with the defined skin conditioning and protection, anti-sebum, and antioxidative functions. The use of CBD as food supplements and food ingredients is inside the EU still pending and is currently under the consideration of EFSA (European Food Safety Authority). The EFSA conclusion at this time is meaningful: “It is important to stress at this point that we have not concluded that CBD is unsafe as food.” 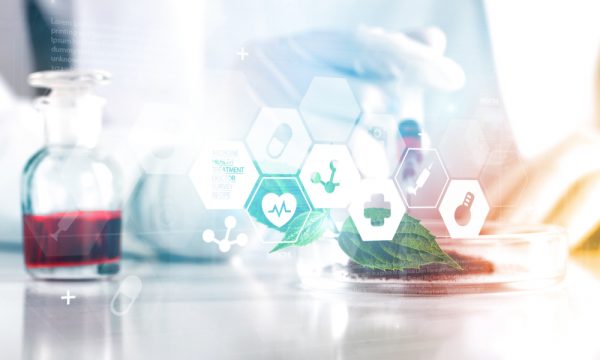