Among all of the tissues in the body, the human brain is unique in regard to its complexity. About 86 billion neurons are interconnected to enable an incredible array of responses to exterior stimuli that manifest as behaviors or as processes that we experience as emotions, thoughts, or memories. In addition, the brain is also unique with respect to the longevity of the neuronal cells, which for the most part are as old as the individual.

It is known that the average adult human loses an incredible number of cells each day, between 50 and 70 billion cells due to the apoptosis pathway of cell death ( i.e. around 0,5% of body cells).

With life expectancy increasing, it is not surprising that diseases characterized by dysfunction of the central nervous system (CNS) like Alzheimer’s (AD), Parkinson’s disease (PD), amyotrophic lateral sclerosis (ALS), and Huntington’s disease (HD) are expected to sharply rise in aging societies.

Therefore, the massive challenge of modern medicine and pharmacy is to contribute to healthy aging and thereby prevent or cure the diseases of aging, where CNS diseases are one group only.

Energy production from glucose metabolism supports most brain activity but declines with age and to a greater level in neurodegenerative diseases. Most of the cerebral energy derived from glucose oxidation is produced in mitochondria. The current consensus is that mitochondrial inefficiency and/or dysfunction in the brain with aging appears to be one of the pathophysiological issues contributing to neurodegeneration.

It is also evident that an imbalance in the redox status of mitochondria with aging drives the surge in cellular oxidative stress and accumulation of oxidized/misfolded proteins in the brain worsening neurodegenerative processes. Therefore, age-dependent changes in mitochondrial function need to be considered to translate the biology of aging into novel neurotherapeutics drugs.

Oxytosis/ferroptosis is a non-apoptotic cell death-regulated pathway that recapitulates many features of mitochondrial dysfunction associated with neuronal cell death and has been implicated in age-associated neurodegenerative diseases.

Can cannabinoids act as neuroprotectors?

Recently a series of phytocannabinoids with both psycho- and non-psychotropic activities was screened in preclinical cell-based platforms to assay different cellular toxicities and stresses associated with the aging brain that is characterized by mitochondrial dysfunction.

Some of the phytocannabinoids were found to be highly protective in these cell-based assays. Among them, the non-psychoactive phytocannabinoid cannabinol (CBN) showed a sub-micromolar potency on multiple screens including the oxytosis/ferroptosis assay.

These data not only support the therapeutic potential of CBN for the treatment of age-associated neurodegenerative diseases but also reveal to an understanding of the role of mitochondria in oxytotic/ferroptotic cell death.

What is still to be discovered?

Future efforts will focus on target identification, structure-activity relationship optimization to improve oral bioavailability, pharmacokinetic parameters, and in vivo efficacy studies in animal models. All this should pave the way for the development of new human drug candidates based on CBN alone and new molecules derived from CBN or other non-psychoactive cannabinoids to treat age-associated neurodegenerative diseases. 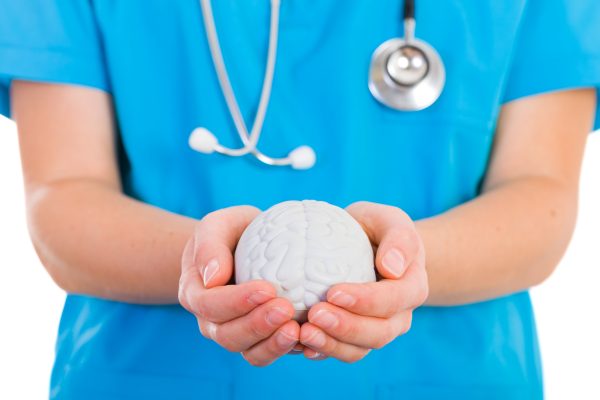