CANNABINOIDS AND THEIR EFFECTS ON NOCICEPTION RECEPTORS

Nociception (from Latin “nocere” and means‘” harm or hurt”) is the sensory nervous system’s process of encoding noxious stimuli coming from outside or inside of the organism. It deals with a series of events and processes required for an organism to receive a painful stimulus, convert it to a molecular signal, and recognize and characterize the signal to trigger an appropriate defense response.

Nociception triggers various physiological and behavioral responses to protect the organism against these noxious stimuli and usually results in a subjective experience and perception of pain in sentient beings.

Nociception is, in fact, a subcategory of somatosensory, named as “sixth sense” of the body sensory system, where other five categories are included: taste, visual, olfaction, vestibular, and hearing.

What is nociceptive pain?

Nociceptors can be activated by three types of stimulus within the target tissue – i) temperature (thermal), ii) mechanical (e.g., stretch/strain), and iii) chemical (e.g., pH change as a result of the local inflammatory process). Therefore, any noxious stimulus can be categorised into one of these three groups.

Pain arising from activation of the nociceptors is called nociceptive pain. It can be classified according to the tissue in which the nociceptor activation occurred: superficial somatic (e.g., skin), deep somatic (e.g., ligaments/tendons/bones/muscles), or visceral ( internal organs like lungs, heart, and others). Interestingly and important, nociceptors have not been found in articular cartilage, visceral pleura, lung parenchyma, pericardium, brain, and cord tissue.

Nociceptors are categorized according to the axons (a portion of a nerve cell, i.e., neuron, that carries nerve impulses), which travel from the receptors to the spinal cord or brain. After nerve injury, it is sometimes possible that normally non-noxious stimuli will be perceived as noxious ( hyperalgesia).

Pain can be categorized into acute and chronic. Acute pain typically comes on suddenly and has a limited duration. It’s frequently caused by damage to tissue such as bone, muscle, or organs, and the onset is often accompanied by anxiety or emotional distress. Chronic pain lasts longer than acute pain and is generally somewhat resistant to medical treatment. It is usually associated with some long-term illness, i.e., chronic, such as osteoarthritis.

Importantly, chronic pain makes the person with it more susceptible to psychological consequences such as depression and anxiety, which can amplify this pain.

The acute nociceptive pain function is an alarm system that protects us from serious injury. On the contrary, chronic pain can be linked to a dysfunctional alarm system: it may persist for months and years after an injury has healed, and silencing this alarm is a problem.

It is estimated that one and a half billion people worldwide are afflicted with chronic pain. Effective chronic pain management remains one of the most difficult clinical challenges, as it is often refractory to conventional therapies with drugs based on opioids.

Attention is therefore focused on the new alternative pain therapies directed at the cannabinoid system. Therefore, to manage pain, some people turn to cannabis and cannabinoid products, making pain the most common medical reason for cannabis use. There is evidence suggesting cannabis provides some relief from cancer pain and neuropathic pain. However, the International Association for the Study of Pain (IASP) does not currently endorse the use of cannabis or cannabinoids for pain relief purposes. According to the clinical trials, it is expected this will be changed.

Role of the endocannabinoid system in nociceptive pain

Among cannabis compounds, THC and CBD typically act upon the endogenous cannabinoid receptors type 1 (CB1R) and type 2 (CB2R). CB1Rs are found at key nodes along the pain pathway, and their activity modulates both the sensory and affective components of pain. At the same time, CB2Rs are expressed, typically at low levels on cells of the immune system and upregulated in inflammatory or disease states, including chronic pain.

Both CB1R and CB2R agonists (Phyto- and synthetic cannabinoids) have been shown to attenuate pain behaviors in a variety of animal pain models. In addition, CB2R activation decreases neuroinflammatory responses in a microglia-dependent manner, making it a potential target for refractory pain. Microglia are resident immune cells of the CNS with diverse functions, including maintaining synapses, providing trophic support of neurons, glutamate uptake, and phagocytosis of extracellular debris. Under homeostatic conditions, microglia possess a highly ramified morphology characterized by a small soma and long branching appendages that survey the microenvironment. In response to injury or disease of the CNS, microglia shift toward a reactive and less ramified phenotype that releases proinflammatory mediators (i.e., TNF alfa, Interleukin 6 and 18, and others). And this microglia-mediated neuroimmune response critically contributes to chronic pain.

Converging evidence indicates that CB2Rs play an essential role in regulating chronic pain states, although their exact expression pattern is still a topic of intense research and discussion nowadays. Overall, there is evidence that activation of CB2R critically modulates microglial immune function by switching to a more anti-inflammatory state, characterized by limited migration, phagocytosis, decreased production of pro-inflammatory, and increased production of anti-inflammatory mediators.

Studies are using various rodent pain models which indicate the analgesic efficacy of cannabinoids and their impact on microglia function. There has been a particular focus on CB2Rs, which are markedly increased in spinal microglia in chronic pain states. Selective activation of these receptors dampens microglia reactivity and alleviates pain hypersensitivity.

Finally, clarifying the interactions between CB1R and CB2R expression and function, as well as the interplay between neurons, microglia, and others, like astrocytes, will be critical for the use of the full potential of cannabinoids as a possible treatment for different pain conditions. 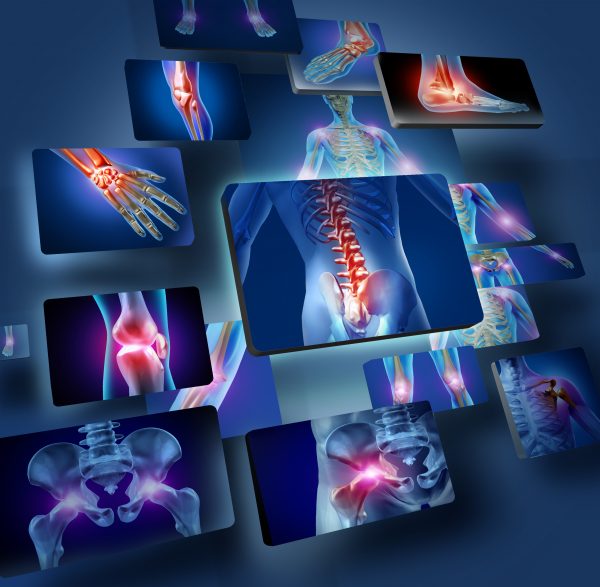