Will CBD be used as the treatment therapy against SARS-CoV-2?

It is worth to read  this publication and see what today science is able to make in a very short time. After reading it I am maybe more optimistic regarding the  global fight with SARS-CoV-2. It is true that this is a report on the early preclinical findings only, however, the leading global pharmaceutical companies  might  use data and bring in near future these discoveries to  prepare the effective drugs, used by oral application and at home.

Despite today vaccines availability, SARS-CoV-2 is still spreading, so there is urgent need for alternative treatments, especially for populations with limited inclination or access to vaccines. To date, few therapies only have been identified that block SARS-CoV-2 replication and viral production.

Like its close relatives, SARS-CoV-2  primarily enters human cells by the binding of the viral S protein to the human surface cell angiotensin converting enzyme 2 (ACE2) receptor, after which the S protein undergoes proteolysis by transmembrane protease serine 2 (TMPRSS2) or other proteases into two non-covalently bound peptides (S1, S2) that facilitate viral entry into the host cell.

After virus cell entry, the SARS-CoV-2 genome is translated into two large polypeptides that are cleaved by viral proteases, to produce  proteins. These proteins enable viral replication.

In an effort to suppress infection by the SARS-CoV-2 beta-coronavirus, a number of small molecules were  tested  for the antiviral potential of the target host stress response pathways.  It has already been confirmed in one previous  study  that derivate of CBD, i.e. cannabidiolic acid (CBDA), and cannabinoid  cannigerolic acid (CBGA) prevent  entry of live  SARS-CoV-2 into cells ( J. Nat.Prod., https://doi.org/10.1021/acs.jnatprod.1c00946 ) and therefore prevent the infection.

Despite numerous studies, the biologic actions of CBD itself are still unclear and specific targets are mostly unknown. However, an oral solution of CBD is an FDA and EMA approved drug for the treatment of epilepsy (Epidiolex). Some studies have been reported that certain cannabinoids have even  antiviral effect against hepatitis C (HCV) and other viruses .

The CBD mechanism appears to be mediated in part by activation of the IRE1 alfa RNase and interferon pathways. RNase activity of IRE1 alfa  (inositol-requiring enzyme 1 α is the transmembrane protein in the endoplasmic reticulum ) induced by  CBD can potentially account both for the degradation of viral RNA and the induction of interferons by the RNA fragments. Importantly, CBD also suppresses cytokine activation in response to viral infection, and subsequent cytokine storms within the lungs and other affected tissues. Thus, CBD has the potential not only to act as an antiviral agent at early stages of infection, but also to protect the host against an overactive immune system at later stages.

In addition to these cell-based findings (cell lines, in vitro investigation ), the pre-clinical studies showed that CBD treatment reduced viral titers in the lungs and nasal turbinates of SARS-CoV-2-infected mice.

CBD blocks viral replication after entry into cells, and thus, what is extremly important, is likely to be effective against viral variants with mutant spike proteins. Unlike some already used drugs, such as remdesivir or antiviral antibodies, CBD administration does not require injection in hospital settings. Finally, CBD is associated with only minor side effects.

However, several issues still are required to be   examinated and clarified  before CBD can be considered further as a therapeutic lead for COVID-19. Although some CBD and CBD-containing products are available on the market, they vary vastly in quality, CBD content, and their pharmacokinetic properties after oral administration, which are mostly unknown and depend on the used formulation. CBD is very hydrophobic, therefore limiting the amount of drug available to other tissues after oral administration. Inactive carriers and formulation adjuvants  might have a significant impact on clinically obtainable concentrations.  And all these issues have to be solved during the development of these new  CBD drug products.

There is, however, one important fact  found by the researchers  that    has to  be considered in the use of CBD as  potential antiviral drug. Their findings  suggest that other cannabinoids such as THC might act to counter CBD antiviral efficacy. This essentially eliminates the feasibility of marijuana serving as an effective source of antiviral CBD, in addition to issues related to its legal status. Finally, other means of CBD administration such as vaping and smoking raise additional concerns about potential lung damage.

Importantly, as no clinical studies have been performed so far,  analysis of a national sample of patients with  active records of 100 mg/ml CBD solution consumption (used for the treatemnt of epileptic seizures) at the time of COVID testing revealed an association with substantially fewer SARS-CoV-2 positive test results.

Analysis of 1212 patients from the  USA National COVID Data Base  with a history of seizure-related conditions and a medication record of CBD100 revealed 6.2% (75 patients) with an indication of SARS-CoV-2 infection

It is true, these findings  were robust to many sensitivity analyses, including changes in the matching and outcomes models, and  therefore need further research into the potential of CBD to combat SARS-CoV-2 infection, such as validation in other large, multi-site electronic health record datasets and  prospective experimental designs and clinical studies. Anyway, according to all above we can conclude that CBD might have an important impact in  the future  global SARS-CoV-2 combat. 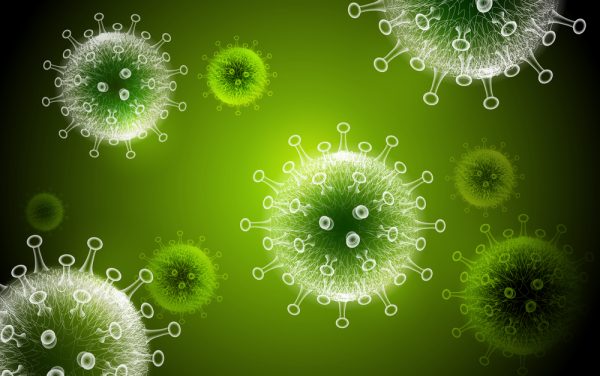